Should IT Leaders Vote to Remain in EU?

IT Flexi Team Ltd > IT > Should IT Leaders Vote to Remain in EU?

Should IT Leaders Vote to Remain in EU?

by Rick Crockett (Director at IT Flexi Team Ltd) 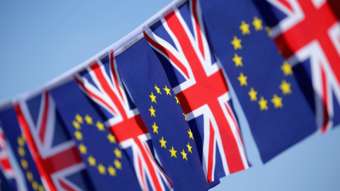 With the EU referendum fast approaching, the arguments presented by the Britain Stronger In Europe and Vote Leave campaigns are in their final days. MPs have now, largely, declared their stance on the EU referendum. Across the House, 71% of MPs have declared for Remain, 23% for Leave, with 6% undeclared.[1]

The latest ‘poll of polls’ compiled by What UK Thinks: EU indicates that amongst the public there is an equal, fifty-fifty split between the Vote Remain and Vote Leave camps.[2] But where do IT leaders stand on the EU Referendum debate?

Yesterday, 34 UK Tech Leaders came out in favour of the Remain vote, coinciding with the opening of London Technology Week.  In addition, around 200 business leaders have signed a letter in The Times stating ‘we believe that Britain is better off staying in a reformed European Union’.[3] Though a similar number have signed a letter, published in the Telegraph, supporting Brexit and arguing that ‘we … believe that Britain’s competitiveness is being undermined by our membership of a failing EU’.[4]

In February, David Cameron made a deal with other EU member nations to implement terms redrawing some of the boundaries of Britain’s EU membership. These include an automatic UK opt-out from EU treaties requiring ever closer union of member states, and allowing non-Eurozone countries to force a debate about problematic Eurozone laws. However, a British Chambers of Commerce survey has shown that for 63% of businesses, the Prime Minister’s renegotiations will have little effect on how they will vote. More generally, the British Chamber of Commerce’s polls show that 60% of businesses will vote Remain and 30% would vote Leave, with 10% currently undecided.[5]

With no clear, consistent lead from either the Leave or the Remain camps, it’s easy to be left unsure of which way to vote. So what are some of the key issues around Britain’s membership of the EU:

A ‘yes’ or ‘no’ answer seems too simplistic for something as complicated as Britain’s membership of the EU.  Is Britain better to leave the EU and renegotiate from square one? Or is it better for Britain to remain in the EU, negotiating a new way forward legally, economically, and socially, for all member states to aspire to? As Juergen Maier, CEO of Siemens UK has suggested, ‘Britain will be better off staying in the EU and leading the Continent in carrying out the reforms that business needs to see’.[10] This measured approach is reiterated by the CBI, who have produced the booklet Choosing Our Future, detailing the benefits of EU membership – but also proposing areas in which its attitude to business can be improved.[11]

In IT we’re used to spotting, understanding, influencing and implementing change, so whatever you vote on Thursday, and please do vote, prepare for EU version 365 come Friday.  This will require less patches and security updates than previous ones – or so both sides say!!

[2] What UK Thinks: EU provides non-partisan information on attitudes to the EU and the EU Referendum in the UK. What UK Thinks is funded by the Economic and Social Research Council (ESRC). More information and graphs can be found here: http://whatukthinks.org/eu/opinion-polls/poll-of-polls/.

[4] ‘Letters: Britain’s competitiveness is undermined by a failing EU’, 15 May 2016, http://www.telegraph.co.uk/opinion/2016/05/15/letters-britains-competitiveness-is-undermined-by-a-failing-eu/.

[11] ‘Choosing Our Future: Why the European Union is Good for Business, but How It Should Be Better’, CBI, http://news.cbi.org.uk/news/cbi-makes-case-for-being-in-a-reformed-eu/choosing-our-future/

About IT Flexi Team

Trusted by leading brands daily since 1998.

Run by IT Managers who listen and speak your language.

100% client satisfaction rating for the last year 4 years, with many long terms clients.